CleanUpBristolHarbour
Want to come along? Find out more on our CLEAN UPS page!

Clean Up Bristol Harbour receives funding from the Rotary Club of Bristol and Bristol Waste!

As volunteers who attend our Clean Ups may notice, we've been using some great looking new branded hi-viz jackets and have lots of gloves and litter pickers.

We were absolutely delighted to receive this equipment from President Elect Keith Rundle of the Rotary Club of Bristol at a ceremony also involving Tony Lawless, Managing Director at Bristol Waste.

Bristol Waste are funding Clean Up Bristol Harbour a further £1500 towards our project, which we're also extremely pleased about! More news on that soon!

Many many thanks and much gratitude from all at Clean Up to both Keith and Tony and both of their organisations for their valuable contribution.

(Below left: Tony Lawless is on the left, Keith Rundle is on the right)
Clean Up Bristol Harbour takes part in Hubbub's Plastic Fishing Punt Tour

For Clean Up Bristol Harbour's May event, our Clean Up was part of a special week of clean ups as part of the Hubbub Plastic Fishing Tour. This time round, we had an extra special vessel joining us!

We'd been giving our support to a joint effort by a local Community Interest Company called Sustainable Hive (AKA Sustainable Learning), Bristol Waste Company, Bristol Adventure Sea Cadets and the Bristol Harbour Authority who together won the use of a custom vessel made from recycled plastic for a week to use in our Harbour fishing for plastic. It was a 12 seater Plastic Fishing punt made from plastic collected from the river Thames, made by Hubbub. Hubbub are a charity that create environmental campaigns with a difference, and their campaign had seen them taking their punt on tour, visiting four iconic waterways around the UK - Birmingham, Manchester, Central Scotland and right here in Bristol. In each location community groups including ourselves took part in offering Plastic Fishing trips, raising awareness of plastic pollution and clearing up local waterways. At the end of the tour, one of these locations won the Plastic Fishing punt enabling them to continue Plastic Fishing long after the tour.  Hubbub decided on Birmingham in the end, but we did have a lot of fun! 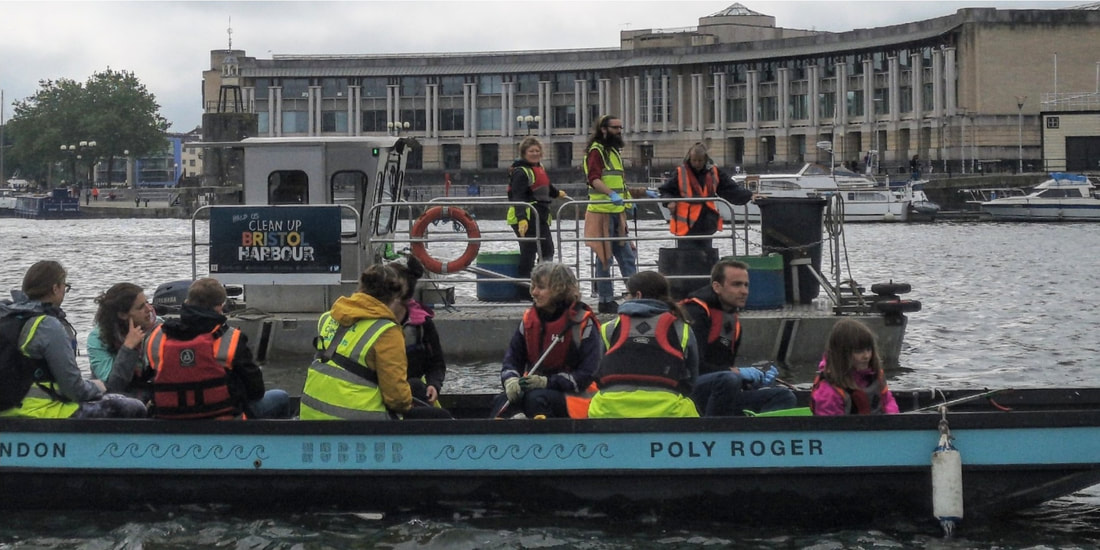 Clean Up Bristol Harbour has received a very kind donation! STARLAB UK supplies laboratory consumables and equipment, and a pipette calibration service to academia, UK-wide. STARLAB pride themselves on being a green company and work on long-term strategies to reduce the company’s impact on the environment in terms of both products produced and the day to day running of the business and are interested in sponsoring environmental initiatives. This led them to offer us a donation of a supply of gloves to use. Obviously we have to provide protective gloves to people for Health and Safety reasons. In time we'd like to use repeat-use gloves which is something we're working on funding; for the meantime though, this is a very welcome donation that helps us out.  Thank you to STARLAB for their generosity! 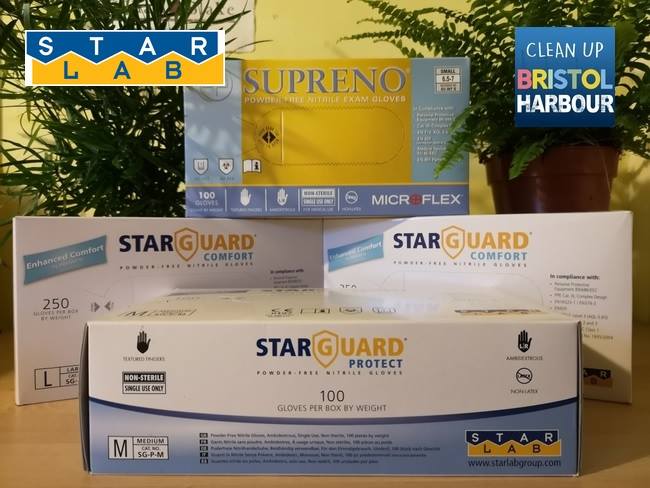 The BBC joined us on a litter pick so they could film us in action for an episode of the programme coming up at the end of this month.  A group of willing volunteers came out on a Friday afternoon and we were filmed by a BBC crew with Michaela Strachan presenting, all of whom were lovely. The litter was somewhat more sparse on the Friday than it was on the Tuesday after the May Bank Holiday weekend, but a good shoot was had nonetheless. The episode featuring ourselves aired on Wednesday 6th June, which will be available on the BBC iPlayer for a while yet. Many thanks to all involved including the volunteers, SUP Bristol, the Harbour Office and Bristol Ferry Boats.

We were invited in to be interviewed live on local TV on Wednesday 18th of October and subsequently appeared on 'The Crunch Bristol', an evening programme broadcast on Made in Bristol TV, accessible through Freeview, Sky and Virgin Media platforms and online on madeinbristol.tv.  Unfortunately due to copyright and cost issues it's not been possible to obtain a video of the interview to put on the website. However according to their October 2017 viewing figures, they got an average of 23,647 viewers per day, so not bad exposure!

Clean Up Bristol Harbour featured in B24/7! 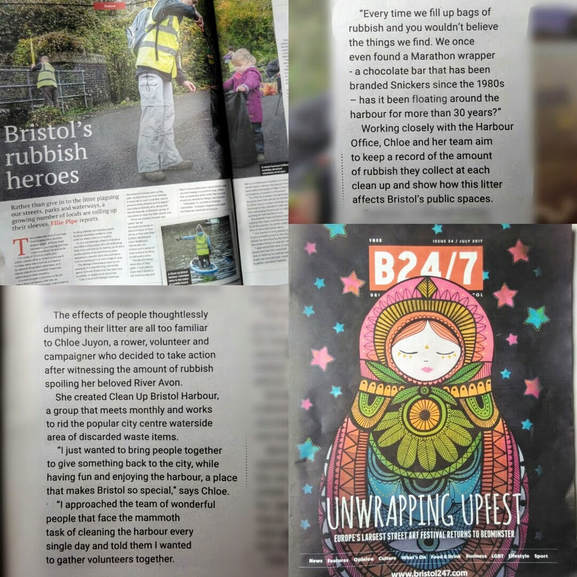 OUR LATEST CLEAN UP
​